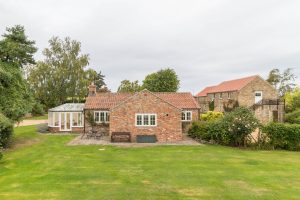 A very busy year for Granary Holidays in 2018.  An increase in weeks booked and the majority seven night stays.  The season carried on well into November before we got chance to carry out our “big jobs”.

One of the first tasks in January was to do a bit of furniture painting in The Mistal and give the drawers a fresh new look. 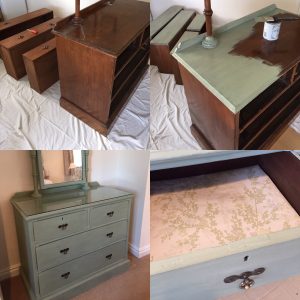 Late February brought snow and wind and blocked the drive for a couple of days. 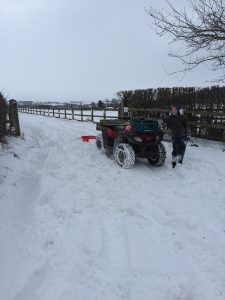 The sledges had to come out even in artic conditions.

An annual job, a visit to Eden Camp to collect all the new leaflets for North Yorkshires local attractions. 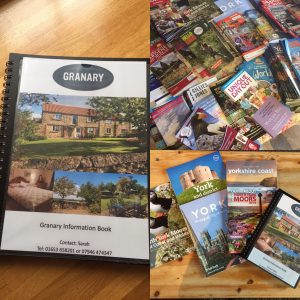 The lovely old Granary door had to be replaced.  The new door is made from Accoya wood and although not quite as decorative, I like it and it keeps all the drafts out. 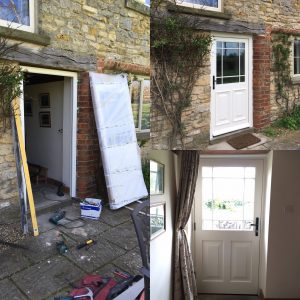 Spring, my favourite season. Time to get back to gardening. 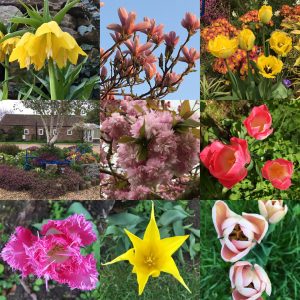 Tennis court preparation starts in April ready for starting 1st May.  Then follows weekly cutting and marking until early September. 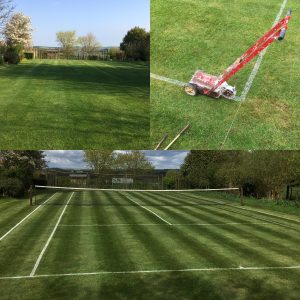 Then follows the rest of the grass.  Although 2018 saw the grass cut the fewest times due to no rain.

The grass ended up looking like this.  Very similar to the wheat field!  It doesn’t help when a badger decides to churn a nice big area up too! 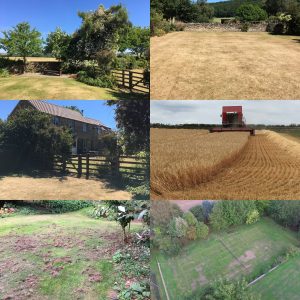 Many guests met Sandy, sadly we had to say goodbye to her in July, she was 13.

A small gap in bookings during September gave me the chance to do some more painting.  So The Granary kitchen units were tackled, something I had been wanting to do for a while. 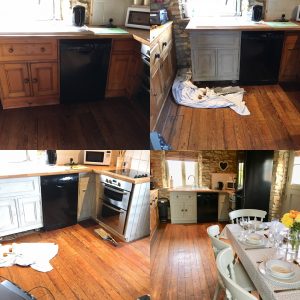 Next big task was to remove the huge trees which were badly damaged during storm Eleanor.  We should be okay for firewood now. 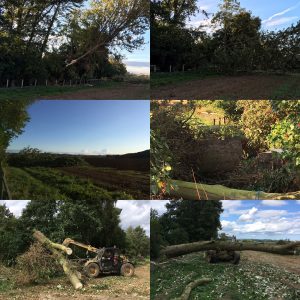 The final small job that turned out “big” (My brother was involved) was to alter the wardrobe which is in The Mistal twin bedroom.  Reducing the size of the wardrobe has made a bit more space in the room. 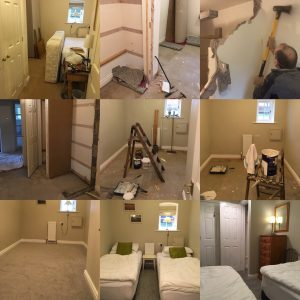 And the Rest……….. New signage, a lot of hedge cutting, logs and kindling store replenished, new table tennis top, snooker table reclothed, new mattresses in both cottages, twin room wardrobe in The Granary made slightly bigger, drone footage taken, and new photos of the cottage interiors taken by  Matt Hillier for my website. 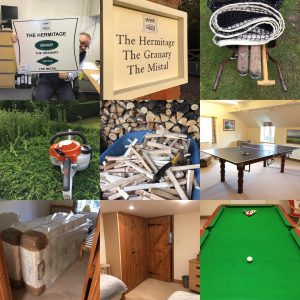 Finally, I would often run out at dusk with my camera to capture the sunset. 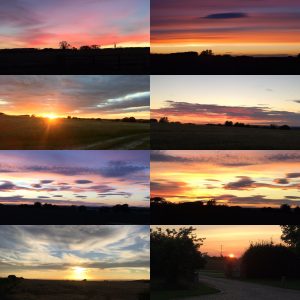